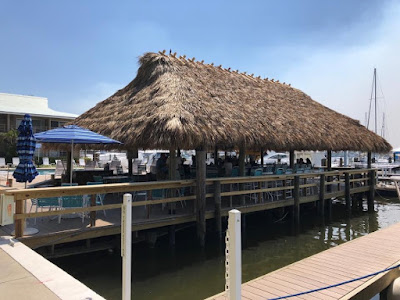 In Memory of Our Founder 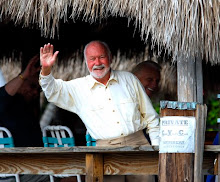 Alexander (Alex) C. Martin Naples, Florida Alexander (Alex) C. Martin, affectionately known by many as 'Boss,' the visionary and owner of the Cove Yacht Club, passed away peacefully at his home, Monday, November 24, 2014. Alex was born in Greenock, Scotland, January 5, 1935, and moved to the United States in 1957. He lived and worked as a brick mason in San Antonio, Texas, for several years, then as a computer programmer in Coco Beach, before sailing into Naples bay. Alex's life in Naples began as a temporary stop, living aboard his sailboat,'The Drambuie,' at the Naples city dock. After his many travels he saw the development of the Cove Inn as an opportunity to make this wonderful area his home. Alex created a long time Naples institution which became known as the Cove Yacht Club 'Chickee', where many friendships were forged and many generations of fond memories were created. Those left to mourn his loss include his brother, Murdo Martin; his sisterin-law, Sadie Martin; nieces, Karen (Graham) Ward, Val (Pete) Griffiths, Leslie (Paul) Barnes, Linda (Neil) Sheridan; many grand-nieces and grandnephews; as well as all the members and friends of his much loved 'Chickee' family. Alex is preceded in death by his wife Dianne, 'Sweetie Pie'; his parents, Murdo and Jean Martin; his brother, Philip Martin; and his sister-in-law Doreen Martin. A special thanks to Dr. Paul Jones and his staff for the many years of exceptional care and friendship! A Celebration of Life to honor Alex's 80th birthday will be held January 5, 2015, 4:00 to 7:00 p.m. at the Cove Yacht Club. "Life.... It's a lovely game, mate"
Posted by Cove Yacht Club at 6:55 AM 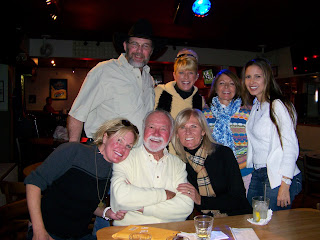 Alex celebrates his birthday with friends. See slide show on right
Posted by Cove Yacht Club at 10:10 AM

Bob & Char Wolford vacationed just outside West Yellowstone, Montana in April and presented the following two videos for the Cove Yacht Club Video of the Week: 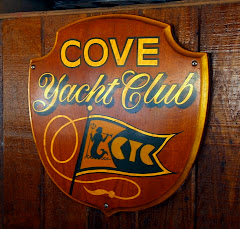